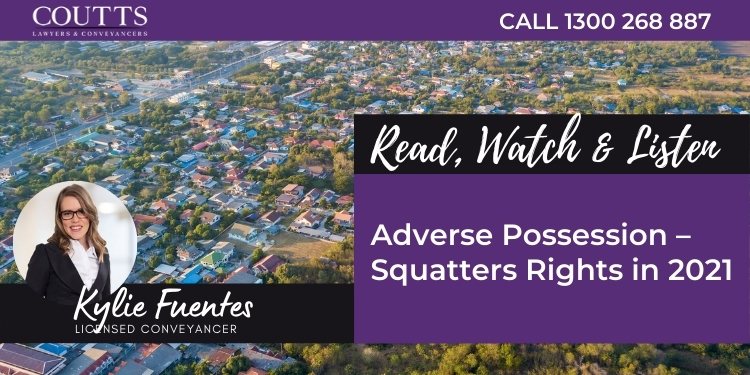 What is adverse possession?

Also known as ‘Squatter’s Rights’, adverse possession is the process of legally asserting physical ownership of land after a period of time.

Limitation Period: How Long Does Possession Need to Occur?

In NSW, an adverse possessor must have exclusive occupation of the land for 12 years before claiming adverse possession. In very extreme circumstances, there may be reasons for the limitation period to be extended.

There are three main elements from the above case which guide successful adverse possession.

How is adverse possession proven?

The possessor must prove that they had actual or intended possession. This involves an intention to exclude land to all others, but only by possession and not ownership.

Consideration is given to the ‘character and value of the property, suitable and natural mode of using it’ and conduct of the owner in protecting his own interests. For example, the construction of a fence is usually the ‘strongest possible evidence’ of adverse possession. Evidence that the possessor ‘could have done more’ to the land is not considered. Mistaken belief of ownership or willingness to pay if requested is also irrelevant as evidence of possession.

Payment of rates and taxes

The paying of rates and taxes is important as a contributing factor of proof, but not conclusive. However, a refusal to pay rates becomes contrary to the intention to possess.

Can the owner retake possession?

The documentary owner can reclaim possession in two ways:

Rights to the land must be reasserted before limitation period. This includes acts such as removing the possessor, or lesser acts such as removing fences or other structures. The owner must resume possession ‘with the intention of repossessing’, however must not undertake this by way of violence or force. Oral or written protests, and paper dealings such as a mortgage or lease, do not qualify as repossession.

The time of adverse possession stops when court proceedings are commenced, so it is commonly advised to ‘litigate first, negotiate later.’ This is commenced by the issue and service of a summons for possession with the intention of obtaining an order for possession. Once proceedings commence within limitation period, adverse possessor’s rights are terminated. If this summons is dismissed, time starts over again from this date.

In Hardy v Sidoti, Mr Hardy bought his property in Redfern in 1998 which backed onto a ‘dunny lane’, a small area developed to collect waste from outdoor dunnies in the 19th Century. In 2002, he removed a paling fence separating the lane from his backyard and made improvements to the land over 3 years. Sidoti then purchased a property in 2018 which backed onto the opposing side of dunny lane. Despite a corrugated iron fence separating the land, the lane was included as part of their property. Sidoti attempted to undertake renovations to the area to extend their backyard when Hardy claimed adverse possession.

Kunc J found that Hardy had been in possession prior to the limited folio created over the Sidoti property in 2005, evident by removing the paling fence in 2002. This in conjunction with the landscaping over the 3 year period demonstrated a public display of ownership such that any reasonable person could recognise him as the owner. Kunc J concluded that ‘He is entitled to orders to recognise that ownership, including that the defendants cease to trespass… and by removing structures they have erected on it and relocating the fence they have built.’

While adverse possession laws continue to be in contention, there is not likely to be any reform in the coming years.

Kylie is an experienced and knowledgeable licensed conveyancer having assisted clients varying from corporate clients, developers and the general community.  Her varied client base means she has conducted transactions across all areas of property sales, purchases and leases.  This includes rural property, bulky goods premises and shopping centres. 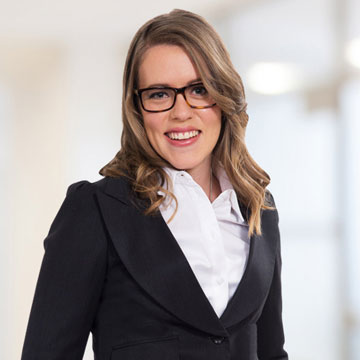