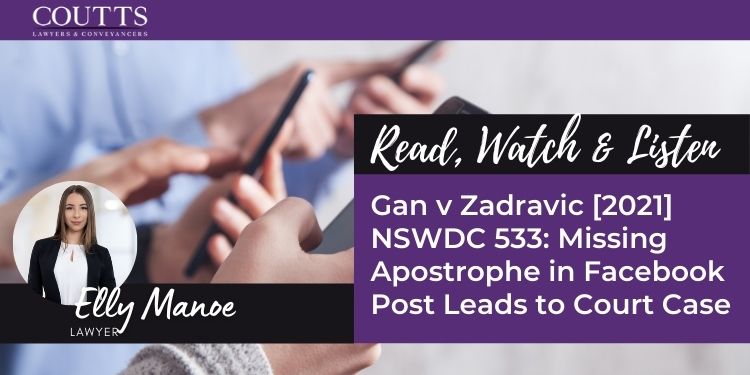 A recent ruling out of the District Court of New South Wales highlights the importance of caution when posting on social media as a missing apostrophe has led to a defamation claim which could cost the defendant thousands of dollars.

In case you missed it, the defendant wrote “employees” instead of “employee’s”. By consequence of the missing apostrophe, and content of the Facebook post, the plaintiff pleaded the following imputations were created by publishing the post:

The plaintiff relied upon the grapevine effect, that is, that the defamatory material will be further disseminated and spread to other persons, rather than confined to those to whom the matter is immediately published. The defendant, however, submitted failure to punctuate the social media post was a mistake and merely trivial and sought to have the plaintiff’s claim struck out. Both parties provided written statements to the court, and the plaintiff provided a letter from the company accountant verifying that the defendant’s superannuation had been paid.

In her judgement, DCJ Gibson highlighted the seriousness of the claims in the Facebook post, particularly that a failure to pay employee superannuation contributions may amount to a criminal offence. Her Honour found the alleged imputations, as referred to above, reasonably capable of being conveyed and acknowledged that the Facebook post was read and understood by several persons.

Her Honour said: “The nature of social media is such that, given the continuous feed of posts scrolling through accounts, the first twelve hours or so are the most potent, in terms of the nature and extent of harm.”

Her Honour also said: “​​The difficulty for the plaintiff is the use of the word ’employees’ in the plural. This suggests a systemic pattern of conduct. To fail to pay one employee’s superannuation entitlement might be seen as unfortunate; to fail to pay some or all of them looks deliberate”.

Her Honour dismissed the defendant’s application to dismiss the claim and the defendant was ordered to pay the plaintiff’s costs. The matter will be returning to court within the next few weeks to determine how the case will proceed.

Defamation is a complex area of law. If you think you have a claim in defamation, or want to defend a claim, it is important to seek independent legal advice relevant to your facts and circumstances. At Coutts, we have lawyers experienced in personal injury matters that can assist you.

Elly joined Coutts in August 2021 in our Personal Injury, Employment, Criminal & Family Law teams; and is based in our Wollongong office.

Elly is passionate about Personal Injury Compensation, Family Law & Criminal Law and prides herself on providing a high level of service to all of her clients.  From entering the workforce at a young age in a family-owned business, Elly’s strength is customer service. Elly has a strong work ethic and has always progressed through to management roles; excelling when working to deadlines in a high paced environment. 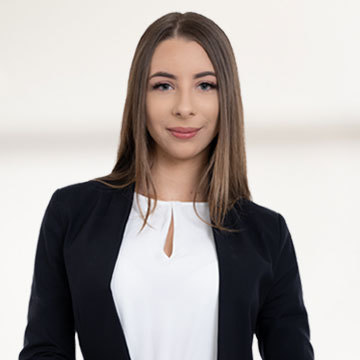