Domestic Violence in 2020 and Australia’s Response 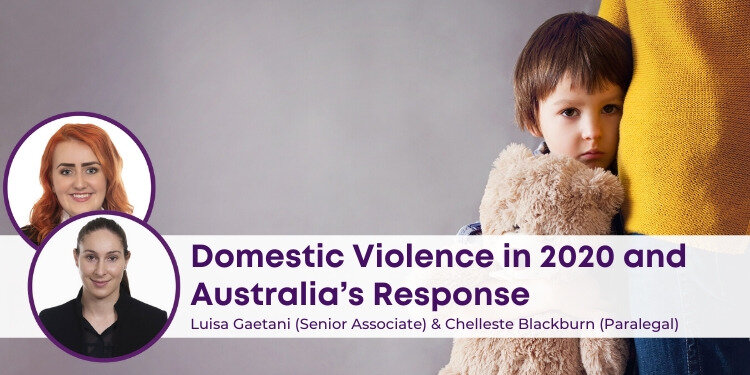 Domestic Violence is a serious issue that affects Australians every single day. It is paramount we treat it with the severity and awareness necessary in order to combat it. Our responses in previous years have been seen as inadequate. However, in light of the COVID19 pandemic and increased risk to victims of domestic violence, the NSW government has taken encouraging steps towards prioritising the safety of domestic violence victims. This focus and effort is encouraging, however it is now necessary to continue to prioritise the safety of victims of domestic violence long after the conclusion of the pandemic. A manner in which the government has continued to champion Hannah Clarke’s cause is through a new family law bill recently introduced to Parliament.

Australia’s response to domestic violence has been seen as inadequate in the past but is it all changing with new efforts from the NSW government in light of COVID19. The Hannah Clark case has dominated national discourse and raised an ongoing issue. Every week in Australia, at least one person dies due to domestic violence, statistics show these victims are predominantly female. There are flaws in the system, in how people view domestic violence and in how we respond to it. Hannah Clark and her three children, Aaliyah, Laianah and Trey, died a tragic death, their deaths have demanded we rethink what we know about domestic violence and the effectiveness of the responses from police, legal and social services. In light of the COVID19 pandemic, NSW Attorney-General Mark Speakman announced on the 26th of May 2020, the combined funding package of $150 million for victims of domestic violence. This effort is precisely what victims of domestic violence need in an era where they are particularly vulnerable due to the need to isolate.

Domestic violence is even now often misunderstood and underestimated. Domestic violence occurs when a partner, ex-partner or family member attempts to psychologically or physically harm the other. It is more than just physical abuse.

Tt can be exhibited in many forms including:

Domestic violence can affect anyone of any gender although it can be more significant in certain groups such as Indigenous communities and regional and rural Australia. Abusers often appear to be perfectly normal and loving. Too often, victims are still blamed which is why it is imperative that we do not support the narrative of domestic violence being seen as “relationship conflict”, domestic violence occurs when one person makes the decision to exert control and power over another person.

Similarly, in the public discourse, there is often a false dichotomy where people view the actions of abusers as unrelated to their capacity as a parent. They are depicted as good parents or partners, who just happened to snap. This was the situation in the Hannah Clark case. Rowan Baxter was a great father, played the part of a heartbroken partner who missed his family, and then he just snapped and killed his family. This view ties in with victim blaming attitudes. Media reports often look into a victims’; psyche, they question why victims stay, they report on the stress the abuser must have been under, what set him off and caused him to commit murder. This view is unfortunately seen in one of the responding officers in Hannah Clark’s case.

When police responded to the Hannah Clark case, the lead investigator for the case initially suggested they would review the interactions between the family with an “open mind” and suggested Baxter might have been “pushed too far”.  The Queensland Police Commissioner later apologised on behalf of the officer who made these comments. She accepted they were “victim blaming” comments and unacceptable. The officer who made them was stood down from the investigation, however, the comments suggested there may be a significant failure in how police approach domestic violence cases.

The issues with the response to domestic violence cases is grounded in a wider societal underestimation of domestic violence and its consequences. Dr Sue Heward-Belle, senior lecturer at the University of Sydney, recognised leader in domestic and family violence research, has found that many individuals who use violence exhibit strongly entitled attitudes that line up with a culture of toxic masculinity. A question is often asked of victims, why don’t you just leave? The issue here is that the question should not be why the victim doesn’t leave. It should be, why is the abuser allowed to behave like this, why do they abuse the victims? The University of Melbourne and the University of Sydney have both completed research on this area, it suggests that the “failure to protect” discourse is still rampant in many legal and social services. This can result in unfair practices that hold survivors responsible for their children being exposed to domestic violence. Rather, the perpetrators of the domestic violence should be held accountable for their abuse.

Family law and child protection systems are fragmented and under resourced, this can result in poor outcomes for many victims and children attempting to leave domestically violent situations. Responding to domestic violence, however, requires more than a narrative shift. Victims, including children must have the ability to leave and go into safe refuge accommodation especially seeing as, domestic violence is the leading cause of homelessness in Australia. It’s also important individuals reflect on their own attitudes towards domestic violence and what they can do themselves and as a community to change the way we view and treat domestic violence. We can all make a choice to create a responsive system that protects victims like Hannah and her children. This case and every other case have highlighted the importance of the government’s response to domestic violence and the necessity to devote funds and attention towards this urgent and significant issue affecting Australians. NSW Attorney-General Mark Speakman announced on the 26th of May 2020, the combined funding package of $150 million for victims of domestic violence. Women’s refuges, a pop up safe house on Sydney’s northern beaches and men’s behaviour change programs will benefit from a funding boost of more than $21million that will target domestic and family violence services in NSW. This funding package includes an $8.8 million share of the $150 million package announced by Prime Minister Scott Morrison at the outbreak of the COVID19 pandemic. The remaining $12.8 million will go towards front line support services which assist victims in escaping violent homes and hold perpetrators to account. This funding will also contribute towards increased crisis counselling, more duress alarm devices and a digital campaign to help people report violence will also be targeted. COVID19 has highlighted the dangers of domestic violence, as stated by Mr Speakman, “As we battled an unknown disease these past months, we’ve all rightly been told by health officials to close our doors, stay home and therefore stay safe. Domestic abuse, however, thrives in these dark places”.

Angela Lynch, the chief executive of the Women’s Legal Service Queensland said the group had recently called for an audit to better understand the underlying attitudes of frontline police. “There is a failure in our system to recognise coercive and controlling tactics, especially in the family court system,” she said. “We push responsibility back on women to look after their own safety. They’re frightened, and it’s a complex system.” Shocking figures include the fact that 85% of Australian women have been sexually harassed (AHRC (2018)) and on average, one woman a week is murdered by her current or former partner (Bryant, W. & Bricknall, S. (2017) Homicide in Australia 2012-2014: National Homicide Monitoring Program report). We need to highlight the fact that victims of domestic violence can be of any gender, men are victims too and their pain is as valid as any other victim. Whether male or female, around 95% of all victims of violence experience violence from a male perpetrator. Despite this, male victims should not be discounted, they deserve and require the same amount of support as female victims. Violence can be experienced by anybody; women, men, children and members of the LGBTQIA+ community. Every form of violence is always unacceptable. The funding will also target diverse areas such as crisis services for vulnerable groups like people with disabilities, LGBTQIA+ communities, Aboriginal and Torres Strait Islander communities and women in remote areas.

This type of support and attention is extremely encouraging for the citizens of NSW. It is also a positive sign for Australia as a whole. A further beacon of light is a family law bill inspired by Hannah Clarke which has just been introduced by Federal Labor MP Graham Perrett. He introduced the private members bill to Parliament, it is aimed at protecting children and removing what he refers to as confusing laws around custody arrangements. Currently, family law assumes parenting should be 50/50 when parents separate. Mr Perrett’s opinion is that this puts both parents on unfairly equal footing regardless of their conduct. It is also necessary to make this a paramount and consistent part of conversation amid communities in Australia. Attitudes and beliefs surrounding the myths of domestic violence need to change. This $150 million package is in Social Services Minister, Anne Ruston’s, own words, “It’s timely, it’s flexible and it has the safety of women and children at the heart of the funding intent.” It’s the response we need in this time of crisis, with the hope this attitude and commitment will carry on past the COVID19 pandemics conclusion. Domestic violence is too often a silent killer, it’s time the government, communities and individuals step up.

If you’re in need of help, the below services are available: 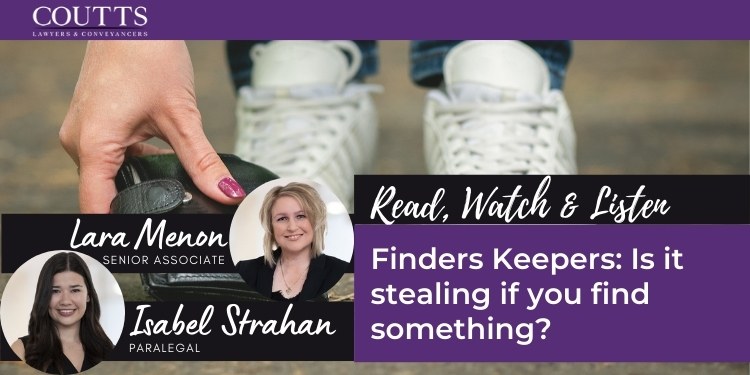 Finders Keepers: Is it stealing if you find something?
Lara Menon
Read more 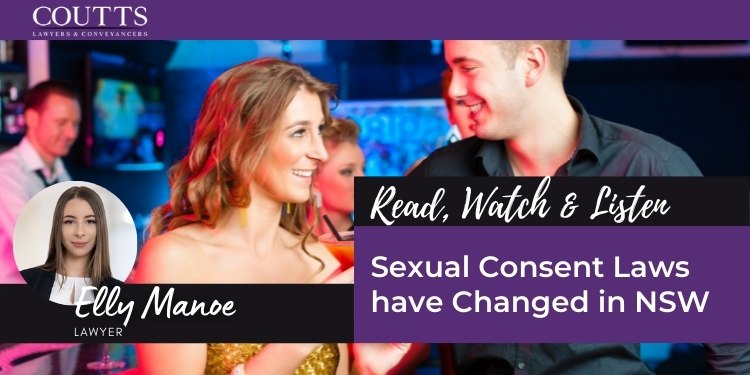 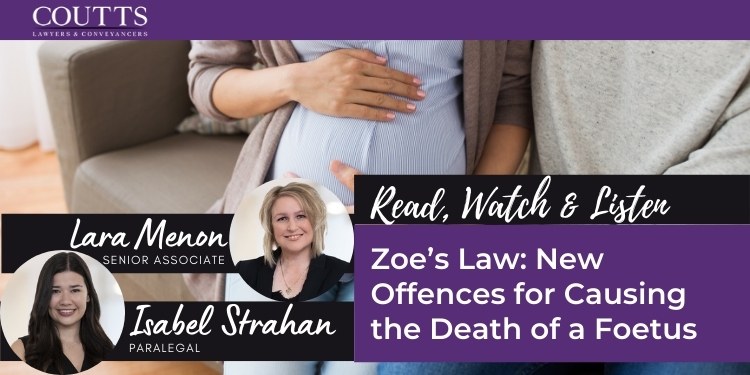