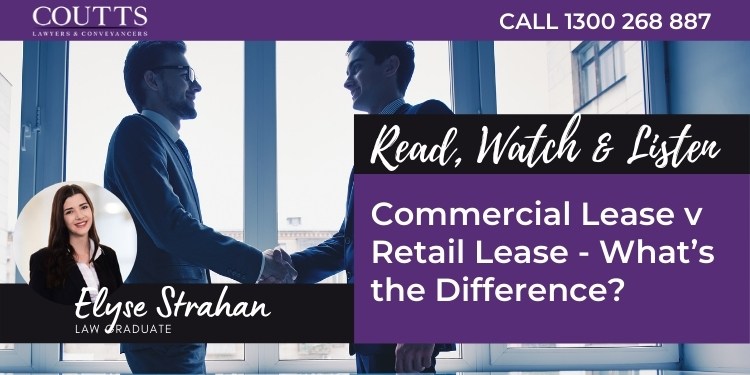 People often ask why does a lease need to be in a certain format, or have a disclosure document, however, there is a whole set of legislation that set out the pre-requirements of certain leases, here is your guide to what they are.

Leases are contractual agreements which relate to the tenancy arrangements between the landlord and the tenant. If you are a business owner, looking for a space to rent, it is likely that you have heard the term ‘commercial’ or ‘retail’ tacked onto the word ‘lease’. As a result, you are probably wondering, what is the real difference?

Commercial leases are leases which usually apply to premises used for warehousing, industrial or office spaces. A retail lease applies to premises which are used for the selling of goods such as a restaurant.

The lease type will depend purely on the permitted use of the premises and the location. It is however important to note that commercially used premises that are located in a shopping centre may be considered a retail lease.

The primary difference between retail and commercial leases is the statutory protection afforded. Retail leases are governed by the Retail Lease Act 1994 (NSW) (“the Act”). Similar legislation is applicable in all Australian states and territories. Two primary points of difference include:

The Act creates an obligation on the Landlord to disclose particular details about the premises. Such details include the size, details about outgoings and details concerning the shopping centre (if applicable) and these details must be provided 7 days prior to the commencement date of the lease.

In the event that the disclosure statement fails to include information that is relevant to the Premises, the tenant will have a right to terminate the lease within 6 months after the commencement date.

In a retail lease, the Act prohibits the landlord from being able to charge the tenant for legal fees incurred in connection to the preparation of the lease or mortgagee consent. The costs of registration of the lease are still conferrable.

It is important to note that although the Act confers particular protections to tenants, the terms the Act imposes can also be negotiated into Commercial Leases.

How do I know if a retail lease is applicable?

As indicated above, there are a number of characteristics of your business and or premises location which would determine whether your lease is a retail lease. Generally speaking, the following leases will be considered a retail lease:

Elyse is currently studying at the University of New South Wales whilst working as a Law Graduate at Coutts Lawyers and Conveyancers. She hopes one day to work as a practising lawyer. 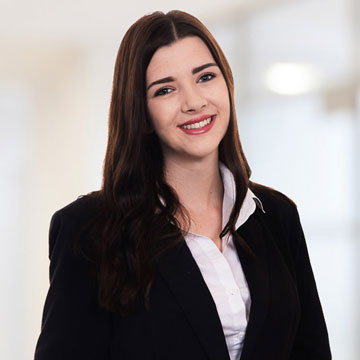