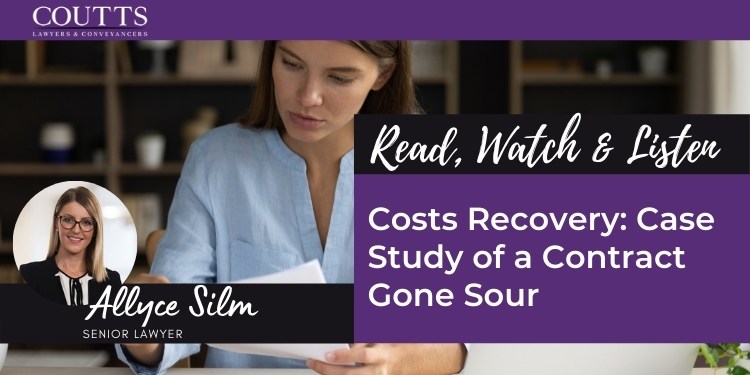 This case summary surrounds a matter in which we have already acted on and have had a positive outcome in court, including an order in our clients favour for the other party to pay her legal fees. However, we are now going through the costs assessment process to have our client reimbursed for their legal fees, due to the other parties failure to respond to our demands or make payment of our invoices. To protect our client’s confidentiality, we have excluded potentially identifying information where necessary.

Our client (A) was engaged to provide a service, and entered into an agreement for a flat fee of $35,000 for these services to the other party (B). However, after a month and having done considerable work, the agreement went sour after our client expressed their intention to attend a convention relevant to their profession. B and a third party (C) who was also providing a related service to B, alleged this was a breach of the contract for our client to devote their full attention to the service. After some discussions between the parties which involved discussions of returning the $35,000 (despite our client having done considerable work already), our client had to unexpectedly travel to care for a family member. She noted before leaving to her husband that she did not want to return the money. B sent a letter terminating the original agreement, and C then liaised with our client’s husband to repay the money in $700 monthly instalments. After our client’s husband returned the agreement, they continued to make these payments for 8 months before sending a termination letter to the repayment agreement. B then started proceedings against our client to recover the $35,000.

In evaluation of the evidence of each of the parties, the judge was impressed by our client’s candour in their willingness to assist the court, and also noted that our client’s affidavits exhibited more documents relevant to the proceedings, both of which contributed to a more complete explanation of certain events. This was in contrast to the evidence presented by the other parties which was at times incomplete or contradictory, with significantly less documentation to support certain allegations.

However, the evidence was conflicting and the facts also indicated that B never saw this repayment agreement. The judge noted the “overwhelming inference” that this agreement was drawn up by C in order to protect his own interests of not having to pay back his own fee for his services. B also never agreed in her own capacity to the agreement, as she did not sign or otherwise assent to the agreement. All B did was remain silent and allow the repayments to occur, which was found to be insufficient on its own to be acceptance of the offer.

As for whether our client’s husband was her agent, this was found to be the case because our client was also cc’d into the emails with the draft letter/agreement, as well as the signed letter returned by our client’s husband to C. There were also text messages between our client and her husband which made our client aware of her husband’s attempts to resolve the matter. Despite this, because B did not agree to the repayment agreement, there was no valid contract in place, and therefore the arrangement was unenforceable.

Commentary on the possibility of undue influence was also made, for if there was in fact a valid contract in place under this repayment arrangement. If undue influence is proved, then this voids the contract due to the terms under which it was entered into. For example, holding someone at gunpoint to sign a contract is not legally binding due to being unduly influenced into signing.

Some of the factors which contributed to a finding that there was undue influence in this case was the threats of a police report being filed if our client stalked, intimidated or threatened B (despite this never occurring previously); threatened their legal rights; C who was organising the contract was made aware by our client’s husband that our client was not in the right mental capacity to be making these kinds of decisions; that there was time pressure placed on our client due to the termination letter noting a 7 day deadline for response, and the pressure C was placing upon our client to return a signed document. C’s conduct was held to be unfair, improper, involved coercion and was in the aim of securing his personal advantage, and as such there was undue influence. Therefore, even if there was a contract, it was voidable.

On the basis that there was no misleading or deceptive conduct by our client in the first contract for services, and because there was no valid contract for the repayment agreement (and even if there was, the contract would be voidable due to undue influence and duress), B’s claim was dismissed and she was ordered to pay our client’s legal costs.

Where the case is up to now

After attempted negotiations with B’s solicitors and then B directly after she directed them to no longer act, we now are seeking costs assessment. This is required as costs were ordered “as agreed or as assessed”, and B has been uncooperative in coming to an agreement to pay our client’s legal fees.

The costs assessment process involves providing the legal file along with invoices which include time entries for the work conducted on the matter. The costs assessment firm then painstakingly goes through each time entry to correspond it with each email, document, phone call, and so on, to ensure the costs are accurate and not excessive. The costs assessor has been asked to prepare a Bill of Costs, which will be filed with the Supreme Court. This has been a long and stressful process for our client, and the costs assessment has been yet another step in this long journey, however, we look forward to continuing to assist our client in ensuring their legal fees for the proceedings are reimbursed so that they may (finally) put this behind them. 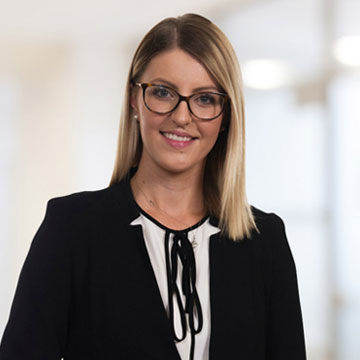