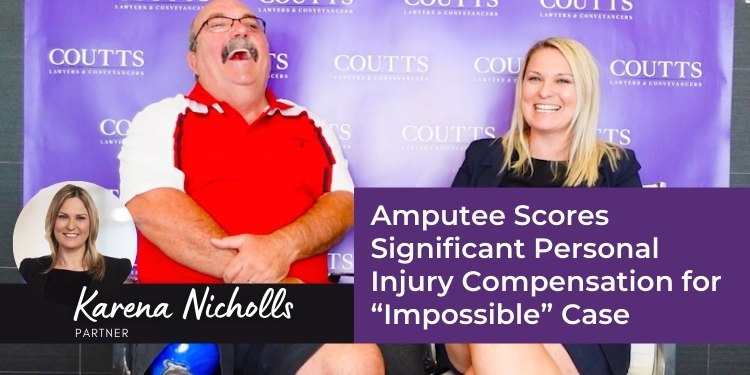 It’s not every day that a client tells their lawyer they will be “friends for life”. But that’s exactly what happened to Coutts Partner, Karena Nicholls, following a legal triumph that defied expectations.

Mark Ellis sustained serious injuries in May 2016, following a traumatic workplace accident where a forklift bulldozed across his leg. After 3 operations over 5 days at Liverpool hospital, he was told the news that would change his life forever: your leg must be amputated.

The financial burden became too heavy to bear – which sparked his desire to seek injury compensation for a breach in workplace safety. Mark sought the services of another lawyer, but the claim never progressed to any meaningful stage. Mark was left in limbo for two years, with his former lawyer claiming the matter was quite complex.

After fighting against the legal system for a lengthy period with no results, Mark became weary. But a chance encounter at a golf club, with Karena’s husband, turned his luck around. Karena’s husband referred Mark to his wife — noting that Karena had experience with winning claims most lawyers deemed “too difficult”.

“I was impressed. The team impressed me and made me feel looked after,” he said.

Although Mark was initially confused about the legal system, Karena guided him every step of the way – swiftly responding to enquiries and ensuring he was well informed.

“Karena gave me confidence and clarity. I had no issue picking up the phone and asking her to explain things to me – communicating with Karena was a very easy part of the whole process,” he said.

The matter his former lawyers labelled “impossible” was decisively won by Karena after a vigorous fight. Mark is now retired thanks to the impressive payout our lawyer recovered for him and says beyond effective legal advice; the compassion and care Karena showed him encouraged him to persevere through adversity.

“Karena and I will be friends for life. We went through so much together and her support both legally and emotionally, really uplifted my wife and I through this difficult time,” Mark said.

For Karena, maximising compensation for Mark was not merely about alleviating financial stress, but also lifting the emotional burden of going through a lengthy legal process.

“I’m excited that Mark and his family can move forward and put the process behind them,” she said.

Despite the obstacles Mark has faced, he embodies an optimistic, forward-thinking approach to life.

“It is what it is. We need to get on with life – the leg isn’t going to grow back – just have to accept it,” Mark said.

While Mark is grateful the compensation allows him to retire and live comfortably, he jokes that his wife wished the injury never happened, because they see each other at home too often.

“I’m not sure if my wife thinks all this extra time with her is a good thing,” he said with a laugh.

Ultimately, Mark hopes his story will empower people to fight for their rights and persevere until the very end.

“It’s all a matter of persisting and staying the course – you will get the right outcome if you are with the right people. In my case I’m lucky that I met Karena and the team at Coutts lawyers,” he said.

Karena is a Partner at Coutts and is the Head of our Injury Compensation (with extensive knowledge in personal injury) and Employment Law teams. She is passionate and dedicated to helping her clients understand their rights and obligations and advising them on the best course of action to achieve their desired outcomes. It is her practical and client-orientated approach that has attributed to her authentic reputation positioning her as a highly regarded compensation and employment lawyer. 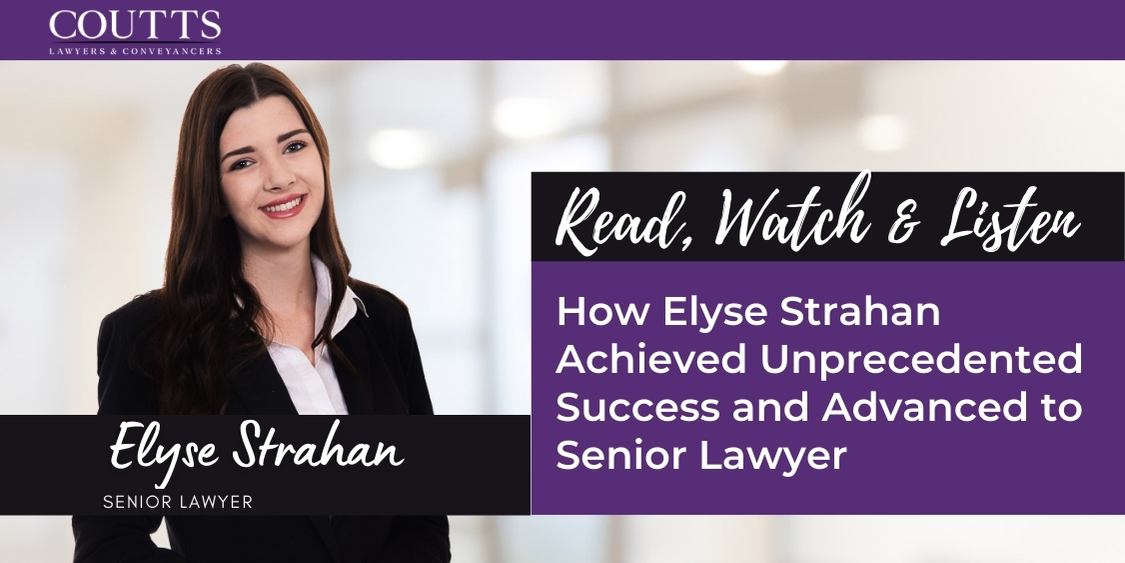 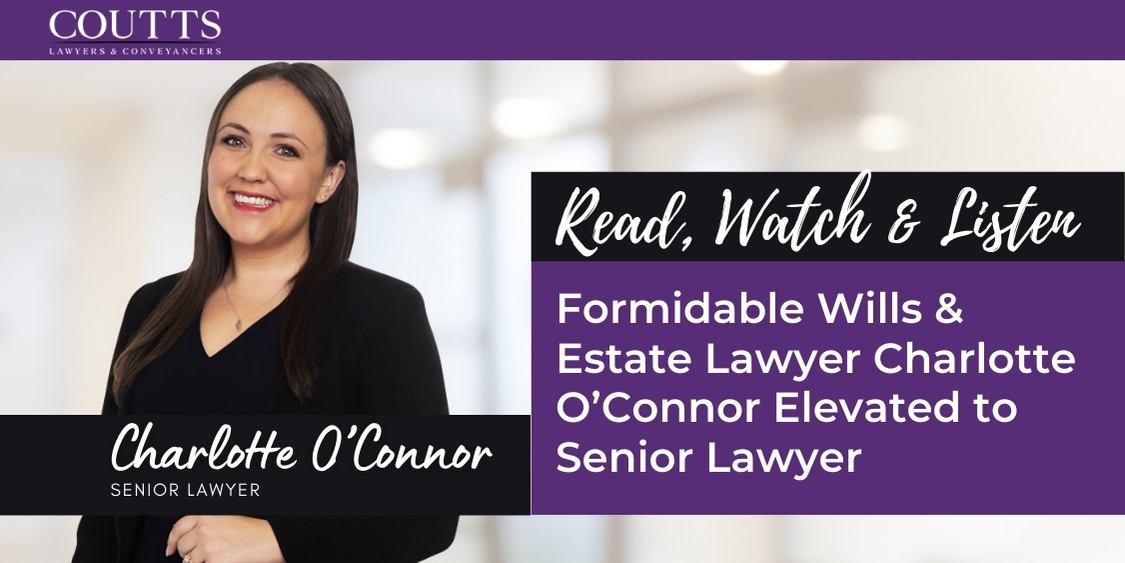 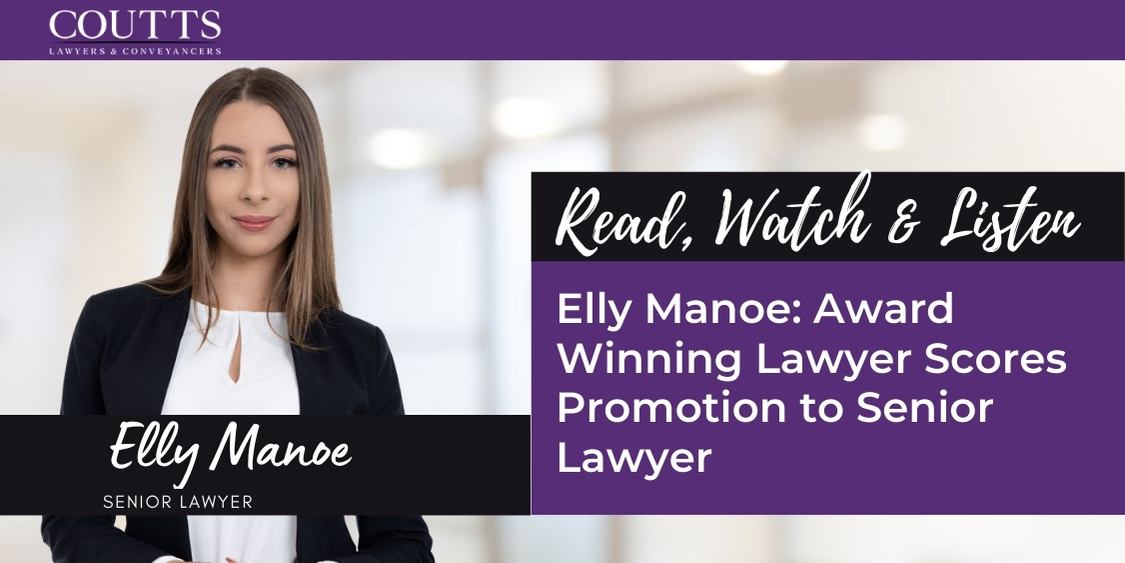