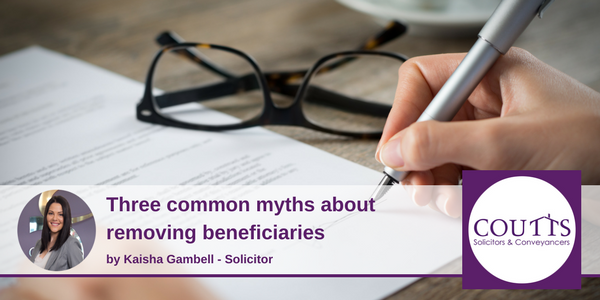 “I do not have a good relationship with someone and I need to make sure that I cut them out of my will.”

The truth: Quite often we have clients ask us to make sure that their brother, sister, aunt, uncle or friend are cut out of their wills. However, this is not always necessary as only certain people are eligible to challenge your estate where they have been left without provision under your will. Eligible people will include your spouse whether married or de facto or a former spouse, your children, or any other third person who has been dependent on the you during your lifetime. For example, a grandchild who has lived with their grandparents throughout their life would be an eligible person to claim against their grandparents estate. Brothers, sisters, aunts, uncles, cousins, and most commonly, a son or daughter in law, are not a category of people eligible to challenge the estate and a will maker does not need to specifically exclude them from their will unless they have been dependent upon the will maker during their lives.

“If I give someone $1 under my will, they will not be able to challenge my will.”

The truth: This is probably the most common myth and nothing could be further from the truth. If the person who you are leaving $1.00 to is a person who is in one of the categories of eligible people mentioned in Myth One, they are most certainly able to challenge the estate. In this case, the person would need to prove to the court that they have been left without adequate provision for their current and future needs. In our experience, it is generally the “black sheep” of the family who has been cut out of the will. As unfair as this may seem, this may mean that the person is often better positioned than the beneficiaries who are named in the will, who have quite often been good and dutiful children. It is understandable that many people consider not even preparing a will if it is going to be challenged anyway. However, there are creative ways in which the person can structure their assets and estate to mitigate the possibility of a claim being made.

“I will just transfer of all my assets before I die.”

The truth: In this area of law there is a concept called ‘Notional Estate’. When someone passes away, their actual estate is made up of all the assets that are in their name at the time of death. Notional estate exists to capture property that the deceased may have transferred to another person for less than full valuable consideration within the three years prior to their death, or earlier than three years if such property was transferred with the intention to prevent or curtail any claims on the estate after that person’s death. For example, notional estate may exist where a parent has transferred their house to one of their children for $1, to the exclusion of their other children, so that the house is not considered part of the parent’s estate at the time of their death.

Need to get your will organised? Talk to the team at Coutts Lawyers & Conveyancers today. 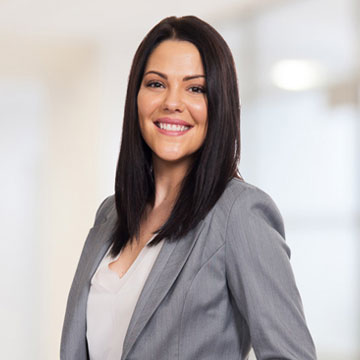