Workplace Bullying, Harassment and Discrimination Under the Microscope 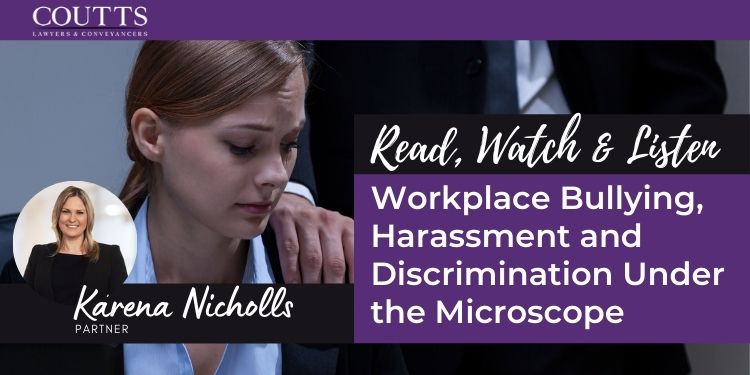 A former female Australian Federal Police (“AFP”) officer (“the plaintiff”) who was driven from being able to pursue her career has been afforded the right to keep her workers compensation payments, on top of a separate $1.25 million settlement from the AFP. These were both directly in relation to allegations that her supervisor had made inappropriate sexual comments about her within the workplace and that she had been subjected to several bullying and harassment incidences.

This case sets a major precedent for workers compensation cases where other remedies are sought concurrently with the claim, such as discrimination. Typically, legislation prevents ‘double dipping’ from occurring with compensation for work injuries and suing the government for the same workplace injury. However, the Federal Court found that although both claims were to do with the same injury, the plaintiff was still able to maintain both compensation streams due to the broad nature of the second claim in comparison to the initial workers compensation claim.

This not only sets a precedent for the AFP but should shine a light for all employers on the importance of maintaining and enforcing policies with respect to bullying and harassment within the workplace.

The plaintiff, who remains unnamed for privacy reasons, made a claim for workers compensation in 2014 for the alleged harassment that occurred within her workplace. This resulted in payments of $677,363 being paid in compensation.

It was alleged that in 2013, a supervisor said he would reward any colleague who could work out whether the plaintiff’s breasts were real and showed explicit images on his iPhone. In addition, the supervisor allegedly rubbed himself against the plaintiff, made several other comments about her breasts, and engaged in other harassing behaviour.

This resulted in the plaintiff feeling depressed and ultimately losing sight of her relationship and career. In 2018, the plaintiff made a further claim to the Human Rights Commission against the AFP and four officers. This matter was settled via private Mediation in September 2020 for $1.25 million, with no admission of liability from the AFP.

However, closely following this settlement, Comcare (who manage workers compensation claims against the government) tried to argue that the legislation enforces the plaintiff to pay back any payments she had received from Comcare. They argued that she was ‘double dipping’, but the Judges in the Federal Court saw it differently.

The Federal Court held that it could not easily identify or distinguish how the $1.25 million was calculated, and as such, the plaintiff did not have to repay any of that amount to Comcare.

Whether or not the allegations were true or not was discussed, however, the focus remained on the effects this alleged behaviour had on the plaintiff’s livelihood. She continued to suffer from severe depression, anxiety, panic, traumatic stress and relied on alcohol as a coping mechanism. Prior to the alleged incidences, the plaintiff was a fit and generally happy person who loved her job with the AFP.

Coutts acts in many compensation cases against the Police and can help you work out what compensation may be afforded to you.

Sexual Harassment – Not just a problem for the AFP

Workplace bullying and harassment are serious and not to be taken lightly. Justine Gough, who has been appointed as assistant commissioner of the AFP, has contributed to the enforcement of stronger anti-discrimination and anti-harassment models amongst the AFP, particularly given that the AFP has been a male-dominated workforce. Ms Gough has the goal of creating a cultural change and perception surrounding women in the AFP.

For example, NSW law firms are being encouraged to implement a new workplace guide around sexual harassment and discrimination within employment and recruitment practices to ensure that workplaces are more diversified and inclusive.

This model aims at guiding employers through the recruitment process to try and ensure they are providing equal opportunities and are handling instances of harassment in accordance with their pre-existing protocols.

It is highly important for all workplaces to implement strategies to ensure they are active in this area. This can be done by implementing strong policies surrounding anti-discrimination and harassment and ensuring these are being upheld within the workplace.

If you require assistance as to what these policies should look like so that you can improve your workplace culture, reach out to the friendly team at Coutts for informed and succinct advice.

Karena is a Partner at Coutts and is the Head of our Injury Compensation (with extensive knowledge in personal injury) and Employment Law teams. She is passionate and dedicated to helping her clients understand their rights and obligations and advising them on the best course of action to achieve their desired outcomes. It is her practical and client-orientated approach that has attributed to her authentic reputation positioning her as a highly regarded compensation and employment lawyer. 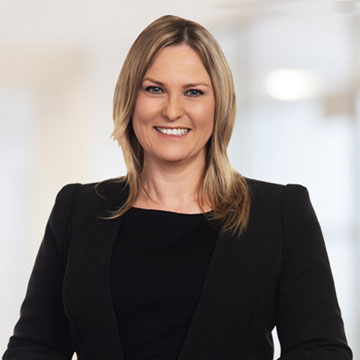 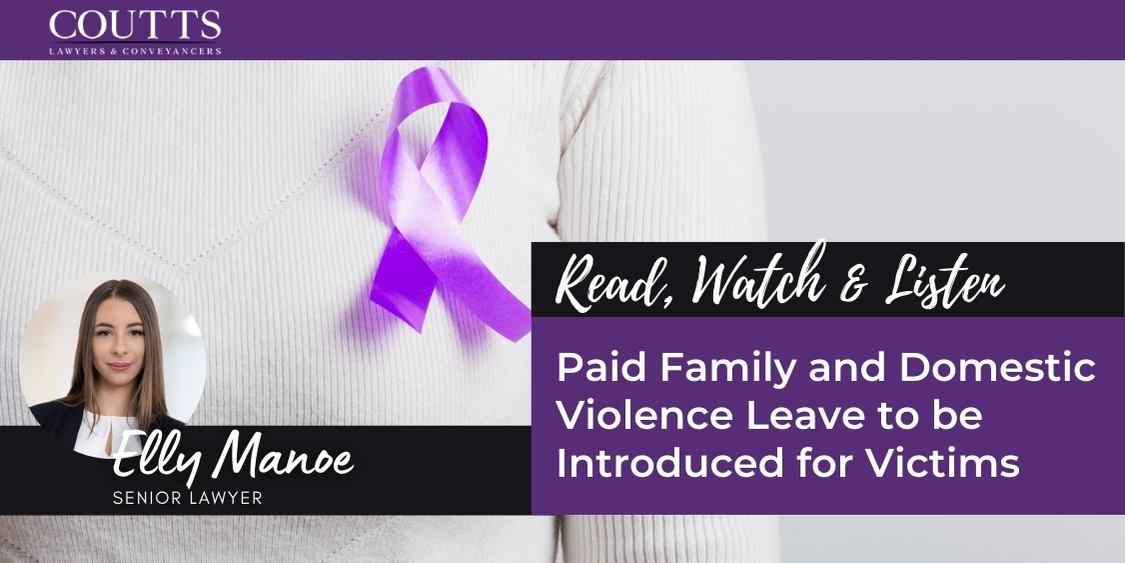 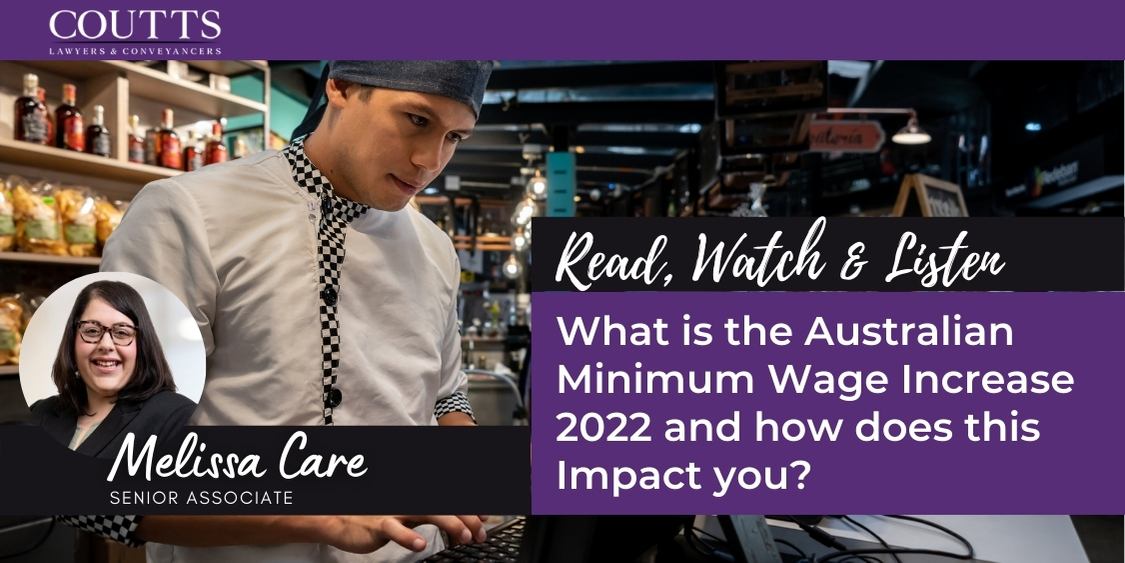 What is the Australian Minimum Wage Increase 2022 and how does this Impact you?
Melissa Care
Read more 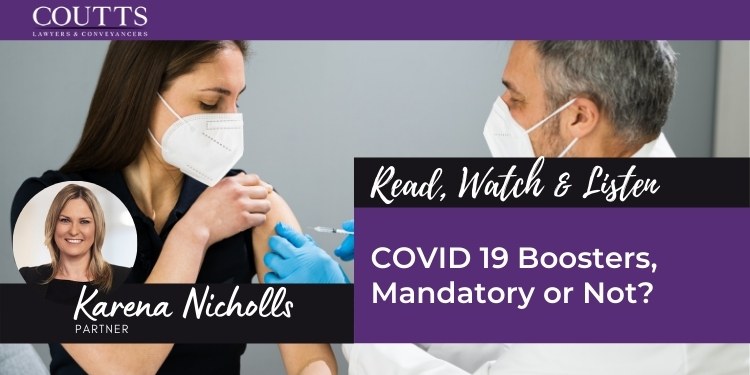