Plan for a shake-up to NSW’s Sexual Consent Laws

On 20 October 2021, the NSW Attorney-General and Minister for the Prevention of Domestic and Sexual Violence, Mark Speakman introduced the Crimes Legislation Amendment (Sexual Consent Reforms) Bill 2021 to parliament. The Bill has now passed the lower house and is set to debate in the upper house this week, where it is expected to garner enough support to pass.

The Bill contains an affirmative consent model, which specifies that “consent to a sexual activity must not be presumed” and that “consensual sexual activity involves ongoing and mutual communication, decision-making and free and voluntary agreement between the persons participating in the sexual activity”, Rape and Domestic Violence Services Australia chief executive officer Hayley Foster says.

The long-awaited Bill, introduced to NSW Parliament ahead of a parliamentary debate scheduled for November, contains affirmative sexual consent reforms, and is said to place NSW “on the path to leading the nation when it comes to sexual consent laws.”

The Aim of the Reform

The new Crimes Legislation Amendment (Sexual Consent Reforms) Bill 2021 aims to provide further protection for survivor-victims in that it aims to:

It will also update the language of provisions of the Crimes Act 1900 relating to sexual offences and allow judges to make directions to juries about consent in trials relating to certain sexual offences under the Act. This comes after the NSW Law Reform Commission recommended last November to ‘strengthen’ and ‘simplify’ consent law.

As part of the amendments made to the Crimes Act, references to an “offender” will now be replaced with “accused person”, while a “victim” will be changed to a “complainant”.

The Effect of the Reform

Although only recently announced and yet to undergo debate, there is a huge relief across the community as “so many have campaigned so hard for the introduction of affirmative consent laws in this state”, State Member for Newtown Jenny Leong has stated. Ms Leong credited the proposed legislation to “some incredibly strong survivor-advocates, feminists, experts and activists who have never given up” and arguably speaks for most when stating the reform “was a long time coming and is a significant step in eliminating sexual assault so that we can all participate in society equally without fear.”

In the 24 months up to June 2021, NSW recorded a 21 per cent uptick in sexual assault offences. This growth has largely been credited to the public discussion around rape and sexual assault, which has empowered many survivors to come forward and report incidents to the authorities.

Rape and Domestic Violence Services Australia chief executive officer, Hayley Foster says that an affirmative model of consent in NSW will assist with increasing the percentage of sexual assaults which result in a conviction, as currently, only 1.5% of sexual assault charges result in a conviction. Ms Foster says there should be “resounding support from all members of parliament for this bill to ensure our sexual consent laws are equipped for the task of delivering just outcomes” and that it is time for national consistency in addressing this issue.

A research project has also been established to better understand the experiences of complainants of sexual offences within the criminal justice system. 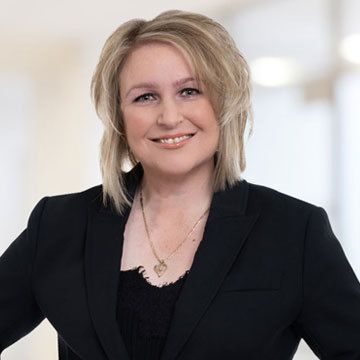