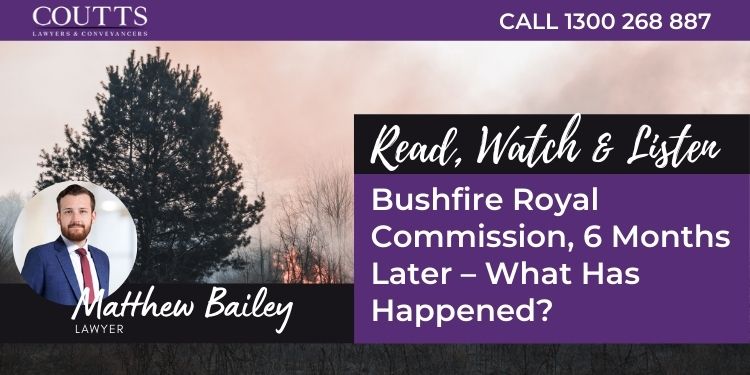 Since 30 October 2020, the Australian Government has been systematically implementing recommendations handed down by the Royal Commission into National Natural Disasters in response to the Bushfire Royal Commission. One of the recommendations already implemented include the establishment of the National Emergency Declaration Act 2020, which provides for more efficient and swift Australian Defence Force deployment and the development of a relief coordination mechanism.

The National Emergency Declaration Act 2020 gives the Federal Governor-General the power to declare a national emergency if the Prime Minister is satisfied that an emergency is occurring or is likely to occur that is likely to cause, or is causing nationally significant harm. The declaration may be made at the request of a State government, and the initial period of the emergency is to be no longer than three months, with the power to extend that initial period.

The Australian Government recently announced the creation of a new natural disaster agency based on the recommendation of the Bushfire Royal Commission to help combat the threat of natural disasters. The National Recovery and Resilience Agency will be allocated $600 million to fund projects to both provide relief to communities affected by natural disasters and also to advise communities on how best to mitigate the impacts of future weather events. The funding will go towards projects such as the construction of bushfire and cyclone-proof houses and building levees in flood-prone areas, as well as improving telecommunications infrastructure to endure extreme disasters.

What about climate change?

The Australian Government also announced the establishment of a new Australian Climate Service. The Bushfire Royal Commission report acknowledged evidence that climate change will continue to increase the frequency and intensity of natural disasters in our country. The final report expressed the need to create a national data system where information on climate change could be compiled and easily shared amongst key government agencies and jurisdictions.

The Australia Climate Service’s primary role will be to coordinate and oversee preparation and responses to climate change. Integrating the expertise across a broad range of government agencies and stakeholders such as the Bureau of Meteorology, Geoscience Australia, the Australian Bureau of Statistics and the CSIRO. With a proposed funding allocation of $209 million (to be announced in the next federal budget), the Australian Climate Service will be able to guide responses to emergencies triggered by extreme weather events (including bushfires, floods and storms) and work in cooperation with Emergency Management Australia and the new National Recovery Resilience Agency.

In our experience, there are still barriers to a robust and comprehensive information-sharing scheme.  Proponents of State Significant Development are regularly required to undertake substantial environmental assessments that contain significant relevant information for disaster planning and management such as information on biodiversity, ecological communities, and flood risk.  These reports are usually prepared by private organisations, and funded by private developers.  Obtaining this information is often resisted by the developers based on privacy, commercial confidentiality or intellectual property, despite being produced for state significant development, and which usually has a substantial impact on public land or members of the community.

Crucial to the success of managing climate risk is appropriate preventative policies that could be informed by the information contained in the voluminous material provided to State departments such as the Department of Planning, Industry and Environment.  In our view, it a fundamental key to achieving the goals of the Australian Climate Service and other disaster management proposals is ensuring that there are statutory requirements that ensure the information provided for planning purposes that assess ecology, diversity, flood risk and other environmental consideration in large areas of public land and impacting on communities are made publicly available and shared across the relevant State and Federal Government agencies.

Matthew has been working with our team since June 2020 and is currently a lawyer in our Hunter Valley office, as part of our Government Law team. However, during his studies and experience, Matthew has developed skills and knowledge in numerous other areas of law. Matthew is also a part of the procurement and tender team at Coutts and drafts all applications and associated documents for Coutts. 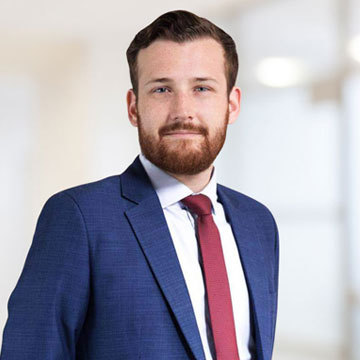